So, what's on YOUR mind?

The link below is to an article from CBC explaining that Loblaws has decided to ditch French’s ketchup weeks after thousands of Canadian’s have sworn to switch to it from Heinz.

If you are unfamiliar with the story, on February 23, 2016, Orillia, Ontario Facebook user Brian Fernandez posted his rationale for his family’s decision to switch from Heinz ketchup to French’s. The primary justification was Heinz’s decision to shut down it’s Leamington, Ontario factory, leaving several hundred plant and farm workers unemployed. In the wake of Heinz’s decision to close the plant, the former plant manager found some capital, bought the plant and subsequently was hired by French’s to make its ketchup thereby saving hundreds of jobs.  Fernandez’s argumed that the proper thing to do as a Canadian was to support French’s and ditch Heinz. Besides, he concluded, his family found the taste of French’s to be as good, or better, than the classic Heinz recipe.

Since its posting, Fernandez’s page has gone viral, been shared over 130,000 times and has generated news stories in every major Canadian publication. The result has been French’s ketchup selling out in several stores. I have witnessed this myself in the last week, trying to buy French’s ketchup but finding it sold out everywhere I went. 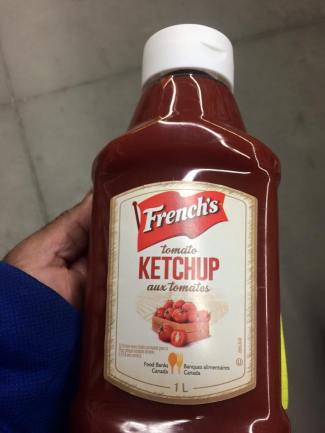 However, As CBC reported today, Loblaws has not seemed to have noticed the spike in sales of French’s, nor has it been tuned into the news or social media as it has announced that it is dropping French’s ketchup from its stores citing that “Demand for the product has been consistently low”. With such a huge grassroots movement of consumers to show its support for a Canadian product, it seems counter intuitive, and simply bad business for Loblaws to now say it has decided to drop the French’s, especially considering the huge support it has gotten over the last few weeks.

The CBC article is here: http://www.cbc.ca/news/canada/windsor/french-s-ketchup-loblaw-1.3490899

It would be interesting to know the conversations that have taken place over the last few weeks in the offices of Loblaws and between Loblaws and Heinz. As a regular shopper at Loblaws stores, I know that the ketchup section is dominated by Heinz by 5 to 1 of Heinz to all other products combined. Even the No Name and PC brands (both Loblaws brands) get way less shelf space than Heinz does, and more that French’s. My point being that the French’s product takes up so little shelf space, why is it necessary for Loblaws to drop it?

Just try this to get my point – As you walk through SuperStore or Zehrs or any other Loblaw brand store, look around at the ask yourself “does it possibly make sense that this product sells more than French’s ketchup”. You will see that there are shelf after shelf of products that have to be dreadfully slow movers. Seriously, there are a ton of products that I imagine they have to dust off periodically because they have been there so long.

Nonetheless, somehow the 3 rows of shelf space occupied by French’s are taking up so much real estate that they need to get rid of it NOW! I think something untoward is afoot between Loblaws and Heinz. In the current age where social media sells, Loblaws has to know French’s sales have spiked and cannot not possibly be completely blind to the news stories talking about people deciding to change brands. To me it seems extremely naïve and dangerous for a Canadian company to ditch a product that Canadians are buying because it supports Canadian business.

Perhaps its time to show Loblaws that it is not just ketchup we have a choice of; it is also grocery chains we can choose and we can decide to chose one’s that supports Canadian jobs instead of the foreign corporate giants that Loblaws clearly prefers to deal with.

This entry was posted on March 14, 2016 by geekosuave in Rants and tagged French's, Heinz, Kethcup, Loblaws, Rant.